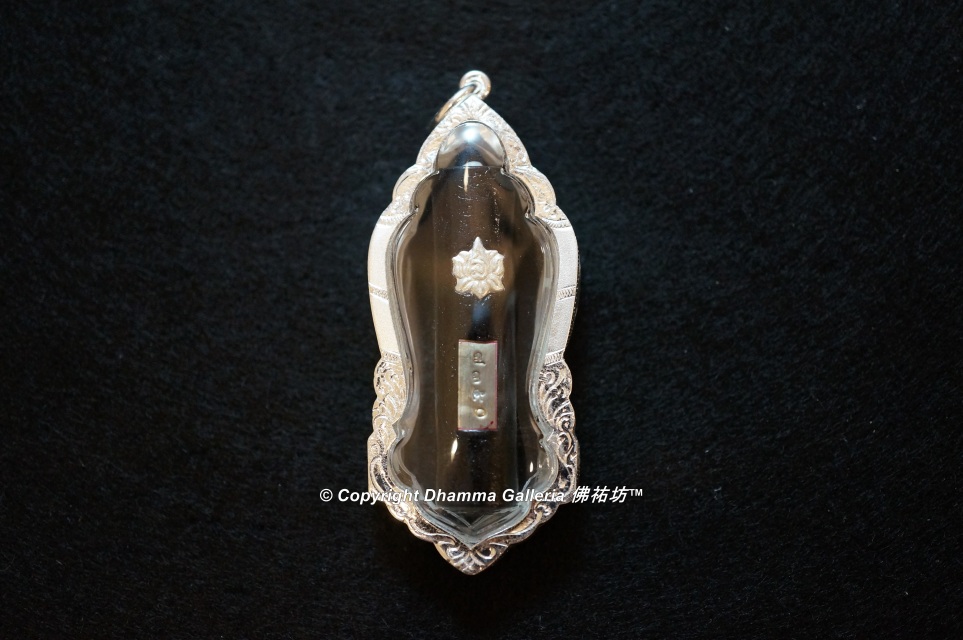 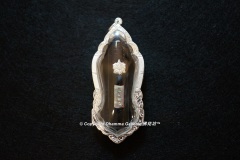 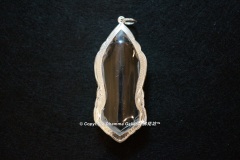 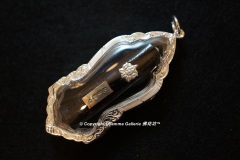 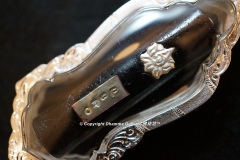 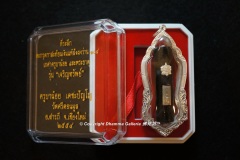 SKU:
$0.00
Unavailable
per item
PLEASE CONTACT US FOR PRICE

All items on first come first serve basis (We also provide amulet search and encasing service as we are operating in Thailand). All items refundable if proven by authenticating authority or in amulets competition to be counterfeit. Photo may slightly different from actual item in terms of color due to the lighting during photo shooting or the monitor's display.

P.S. Prices are in Singapore dollars.

Special Batch combination of Kruba Noi's signature Takrut Kasatorn (made from special black wood) with real silver yantra along with temple code / serial, Made with Yant 108 Charoen Sarp rolled inside. Added Kruba Noi's Hair, Holy Powder, Charm Wax, Arahant Relic and other sacred ingredients. Kruba Noi even paste his own holy pong puttamang powder on each and every takrut then reblessed it when we got it. Very special.

Kruba Noi's most popular and highly sought after item is Takrut Kasaton, which Kruba Noi is particular famous for after many real stories of life saving miracles that were published by in Thai Newspapers and all over the internet (some stories will be shared at the bottom of this post)

Kruba Noi created this highly auspicious Takrut Kasaton during Khao Pan Sa, a 3 month retreat period where monks would not leave their temple to perform meditation. During this Holy Period, Kruba Noi dedicated all his time and effort creating Takruts for devotees personally in order to raise temple funds. Upon completing this special batch of Kasatorn takruts, Kruba Noi blessed them with holy incantation and ancient mantras followed by a deep meditation for 7 days, followed by more blessings for over a year before official release.

Kruba Noi is highly respected and revered for his powerful mind developed over the years of meditation since the age of 7 when he ordained as a monk. Kruba Noi is believed by local Thais to possess great Wiccha (magical powers) and his reputation is widespread both locally and internationally for his powerful takruts and teachings.

The term ka "Satorn" literally means - "to block" , "to deflect" or "cannot enter", this refers to the super protective properties this Takrut bestows the wearer.

- Takrut Kasatorn generally meant to protect the wearer against all type of dangers. Physical danger such as bodily harm caused by weapons / sharp objects, accidents etc

The protective qualities of Takrut Kasatorn can also protect the wearer from serious illness, diseases such as fever and physical harm caused by fire.

- This Takrut bestows the wearer with Kongkrapan "invulnerability to physical injuries" and "Maha Ut" great blocker.

(Needle couldnt inject the body)
One of the most popular true stories about this takrut was featured on KhaoSod newspapers on 2nd Sept 2007 about a man name Tongkam Jaiton (65 year old) who wore this takrut and went to see the doctor for a body check up. The doctor tried to inject a hypodermic syringe into is stomach but the needle keeps breaking. No matter how hard the doctor tried, it syringe will not pierce his stomach. Mr Tong kam then recalled that he was wearing Takrut Kasaton, he took it off then the doctor finally manage to put the syringe into his stomach.

(Survived a assassination attempt)
Another well known real life story was published on 19 September 2007 of a man named Mr Tavorn Najak (59 year old) who escaped from a hail of bullets while wearing this takrut. Mr Tavorn was a local administration officer of SaiNoi who live in Phrae province. One day while leaving his office a gunman fired 5 shots at him. A bullet shaved his head but he was not wounded as the rest of the shot missed him even at close range. He was wearing Takrut Kasaton that was made by kruba Noi. He went to to Kruba Noi and told Kruba of the incident. Kruba then chanted mantra and blessed him.

(Escape from explosion)
Another event event happened on 18 June 2007 (published by local Chiang Mai newspaper) tof Mr Raywat Tapan (43 year old) who lived in Chiang mai not far from Wat Sri Don Moon. He is a follower of Kruba Noi and wears his Takrut Kasatorn daily. His business involves fireworks and dangerous explosives. One day his worker was careless while working and suddenly there was a huge explosion in his house. Mr Raywat's house was totally damaged but he and his family escaped with not even a scratch. He was not wearing the takrut but the takrut was placed on his altar. He believe that he and his family was saved because of Kruba Noi's takrut. After that he met Kruba Noi and shared the miracle story with him.

There are many more published and unpublished incident of life saving miracles that saved the life of those who wore this takrut, many could be found online.

After those articles where published, Kruba Noi and Takrut Kasatorn came to great fame. In one of the picture blow you can see an entire platoon of local Military officers taking this takrut for their safety. Even the Royal Thai Army trusted their life with this takrut.

Other than its overwhelming protective powers, this takrut also bestows the wearer with luck and bestow Metta Maha Niyom.